COMPLETE THIS FORM TO DONATE 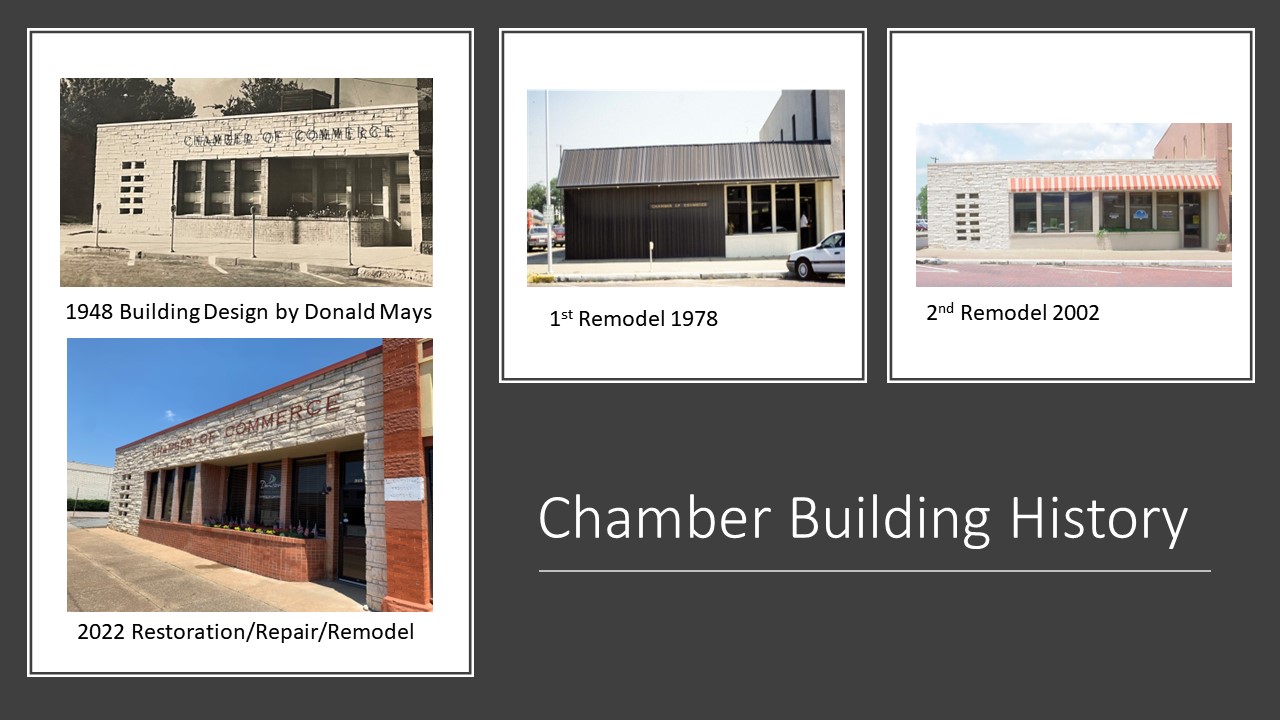 In October 2018 a major water leak was discovered in the main storeroom.  The leak had been going on for well over a year and extensive damage was done to the cabinets, flooring, and wall.  Upon examination, the source was determined to be improper flashing on the roof that allowed water to seep from the roof down the inside wall.

During the inspection of the exterior, extensive damage to the west wall brick was found due to water seeping under the existing paint.  After consultation with the Historic Preservation Board a restoration and repair plan was set.   Repairs started in mid-2019.  During the repairs,  the downtown fires in October 2019 on the 300 block of Main Street, directly across from the Chamber, caused smoke damage to the Austin brick on the facade of the building.  At this time it was decided to restore the front of the building to its original Donald L. Mayes design, a famed local architect.  Original blueprints bearing his name and that of H.B. Perryman, Jr. were discovered in storage and are now framed and hung in the boardroom.

Costs for the exterior restoration and interior repair were covered by the Chamber and in part by insurance and a Facade Grant from the Denison Development Alliance.

In late 2021, the Chamber started the remodel of the interior of the building.  Staff relocated for 4 months while the interior was completely redesigned.  Highlights include:

During the final walk-through in January 2022, a major water leak was discovered in the accounting office and adjoining boardroom.  Jackhammers had been used to remove old cast iron pipes in the old bathrooms.  The broken water pipe was not discovered until several months later when the water was turned back on for inspection.  Within 4 days, the water had seeped up through the foundation.  The entire pipe was damaged from the bathroom to the meter.

The new flooring in the boardroom and accounting office had to be completely removed and discarded and new flooring installed.  Johnny Allen Plumbing ran a new waterline from the meter to the building and entered through the boardroom.  The line is concealed in the wall and runs across the ceiling, eliminating the need to rip up the foundation.

Staff returned to the building in February 2022.  After a few weeks, an electrical flash on the outside of the building was discovered.  Fortunately, it was caught early before a fire could start.  Oncor immediately removed the outside meter.  Reynolds Electric immediately perform emergency repairs which included replacing the 1949 electrical main box.

While these were unexpected and needed repairs, the cost was over $30,000. 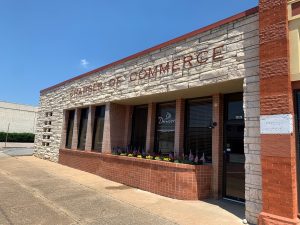 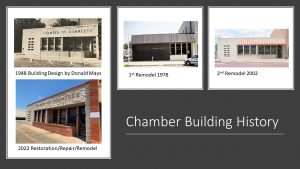 Mission and progress of the Denison Area Chamber of Commerce Expand 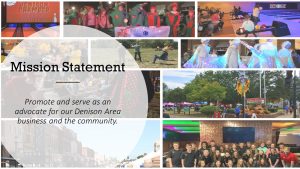 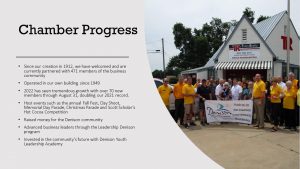 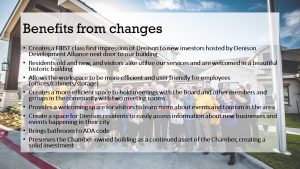 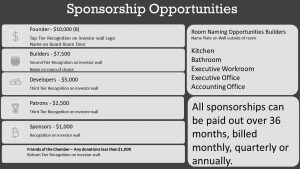 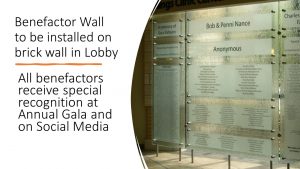 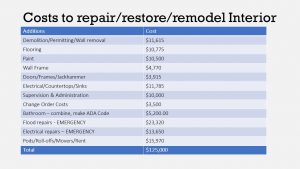 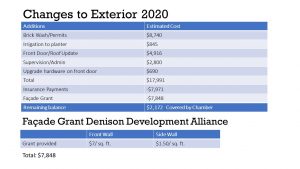